Test drive a car? Have a favorite oil filter? Love your LCD TV? Post the product in the title and review away!
Post Reply
8 posts • Page 1 of 1

I keep putting off writing a review on my new car, partly because i'm lazy and it's kind of like doing a school project, but also because, when i think of how the car is, i have a hard time quantifying or qualifying its characteristics as a car, despite having the car for over 2 months now. if i say "i don't know" more than a couple of times below, please understand i am not just being lazy, but honestly am having a hard time determining certain things about the car. 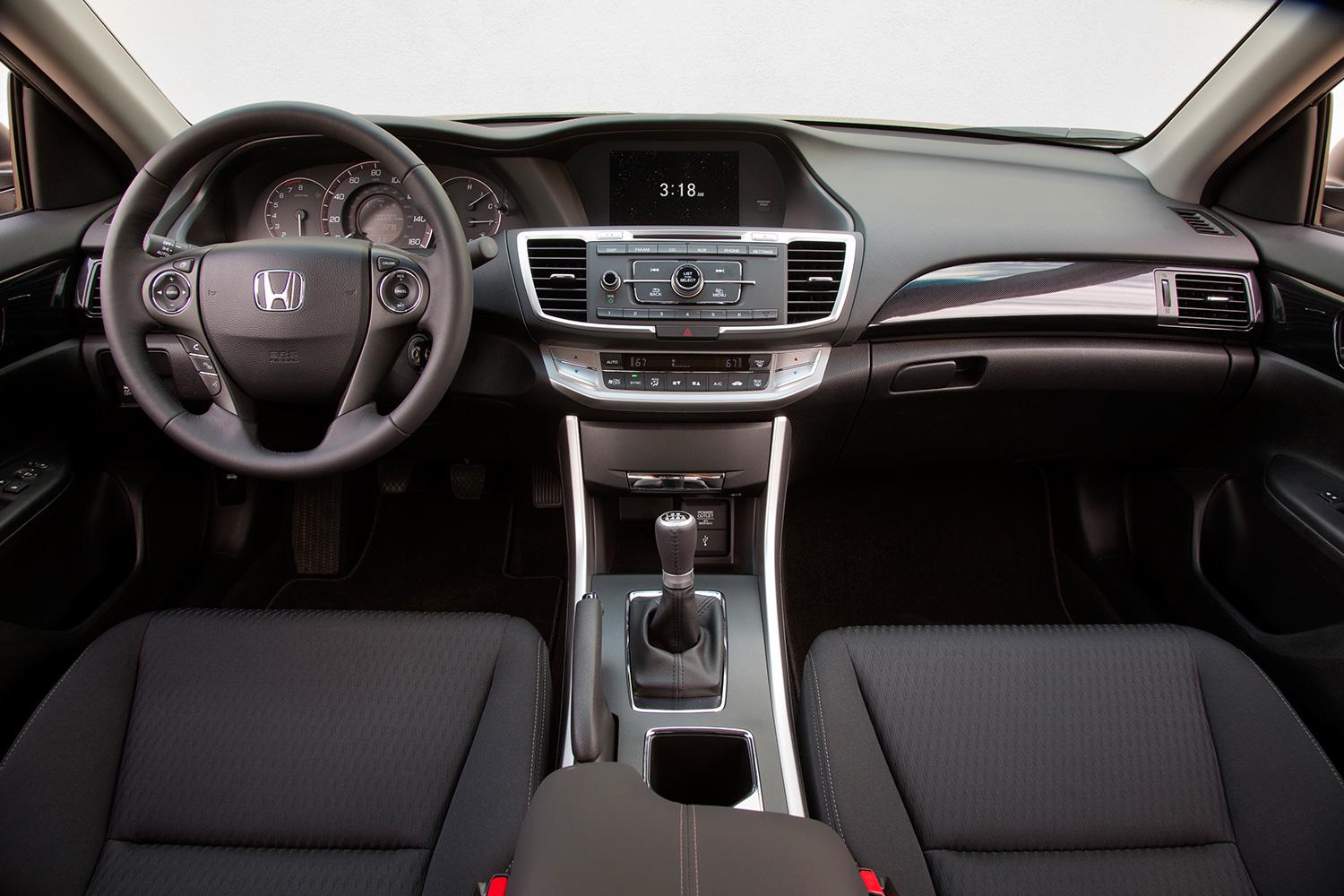 Much of my review is from the perspective of the (previous) owner of several other FWD Japanese sedans (with a coupe, an AWD Subaru wagon and a recent CR-V thrown into the mix). The only other remotely quick car I've had is a 98 Maxima. That said, some of my ratings take more powerful cars into consideration (such as the above engine/drivetrain score), as my past cars (and present car) do not totally dictate how I think my car should ideally be, if that makes sense.

Engine/Drivetrain Performance: This car has a similar sized engine to many of my past engines. Compared to all of the similar sized engines, this one is definitely more powerful, but you have to rev it up to extract most of the power. If I shift at 4k rpms, the car feels quick enough. Shift at 5k and you're flying. Shift at 3k and you're probably slower than the masses. I installed a K&N drop-in air filter, and this has helped noticeably with the power delivery and throttle response. The engine sounds better now too, not to mention the cool whistle sound of the air intake. Still have to rev it to fly though, though lowend torque (and definitely upperend pull) might've been slightly improved. Shifting this car is easy, though I have missed a few (1-2 and 2-3) shifts (maybe the clutch wasn't in all the way??). The clutch engagement is smooth, but maybe a little too light and hard to discern. The actual pedal feels heavier than a Civic clutch but lighter than a muscle car clutch. At times it has felt like the car has a CDV, though this I assume is the rev-hang, and I've gotten used to it for the most part. The shifter is of the cable type, and feels good, though not nearly as tight or short-shifting as the Civic Si shifter.

Handling/Braking: Handling is much better than I could expect from a mid-sized family sedan. It is very good, and I can turn tightly without worrying about losing traction unless i'm starting off in 1st gear. Going from the CR-V to this Accord is night and day. The Accord's 18" wheels probably help (with minor penalty to ride quality), but even the LX I drove with its 16" alloys handled very well. The car is not light by any means, but this is not a heavy feeling car by any means either. The car could definitely use some LSD to keep it planted on turning launches. The car loses traction too easily while starting in 1st. This could be the bad tires they chose (Bridgestone Turanzas??), or the suspension and other tuning. The bad tires also are rated poorly in the snow, practically necessitating winter tires (which I was gonna get anyway). Braking is good enough for me, though I don't abuse it in general. They bring the car to a stop quickly and efficiently. Some reviews say the brakes are no good; i have the feeling they were driving very aggressively or on a track. If I raced the car or drove more aggressively and used the brakes a lot, I might not be happy with them.

Comfort: Part of the reason I wanted the Accord Sport over the LX was for the 10-way power seat. The seat itself is not the most comfy or supportive, but you can dial in settings to help it be more comfy and supportive (and to be in the right position). You will not mistake this car for a Lexus or even an Acura, but it does the job. The ride on the highway is smooth and the wind noise is subdued enough, though nothing close to Lexus quiet. When it rains, you can hear the rain being routed down the B pillar which is right next to my head. The ride around town over bumps can be a little jarring, but it's usually smooth overall. If I lived in potholeland, I might consider another car or at least a wheel change. The front seat area is big enough that I can get a decent driving position, and the car is big enough that it rides well other than over major bumps. Wind doesn't affect it like it does smaller cars or my old CR-V.

Interior:The interior looks more upscale than a typical non-luxury car, IMO. The dash looks nicer than the one in at least 2 of Acura's models. The seats may be one of the only things that are definitely not luxury items. The Sport model does have leather steering wheel, window sill material and armrest, which are nice touches, especially the wheel.

Exterior "Looks":This is a huge improvement over the last generation, at least for the sedan. This car looks like a classy car, and it looks sporty too. It has nice lines, and it doesn't look like a boat like the last model did. It may not be a Ferrari or even a Porsche, but it is definitely a looker in my book. Too bad there are so many out there though...

Practicality: Back seat is cavernous. I have only sat back there once, but everyone says it is very comfortable back there. The seat is wide and the legroom is practically endless. Headroom is good too. Rear seats fold down but only as one big piece, but there is a pass-through in the middle. With the seats folded down, the hole between the trunk and backseat is not as big as I expected. The trunk is big enough, though you may expect it to be bigger after seeing that back seat.

Reliability: I don't expect to have any major problems with this car, though I could just dump it after my lease is up in 3 years (alas, that's why we do the lease, no??

Cost to own: This is hard to say, and I'm probably the worst person to ask about this.

Gas mileage is good (i expect to average ~25-30 mpg) and i somehow managed a lease payment of $200/month. The downside is (long story short) i took a gamble and only allotted myself 12k miles/year instead of 15k. If I were to still want it at the end of the lease (and we're still here to talk about it), I'd be looking at financing another ~$14k to own it. I would most likely (hopefully) lease or buy another car at that point though.

FOSE: All things point to this being the ideal candidate: Nice looking, big back seat, comfy enough. The downside is that it's still a Honda Accord. That, and I can't get it through the front door of either of my jobs so I can stand next to it.

Fun Factor: This car is much more fun to drive than its looks and name would lead one to expect. This car begs to be revved past 5k rpms and taken on curvy mountain roads. If you don't rev the engine or get lazy with the shifting, things will get tedious. I'd say, the Civic Si is a 9 or 10 on my meter of (known) fun, while the Accord Sport Manual is a close 8. Moreso than the Si, the Accord can feel at home being driven casually but it also enjoys being driven hard.

glad you liked it

When i first read the title of this, i was wondering why you were reviewing the manual. Like the owners manual, or the haynes/etc car repair manual....
Currently not driving anything - the escort died april 2014 and there's no funds to replace it

wannabe wrote:When i first read the title of this, i was wondering why you were reviewing the manual. Like the owners manual, or the haynes/etc car repair manual....

wannabe wrote:When i first read the title of this, i was wondering why you were reviewing the manual. Like the owners manual, or the haynes/etc car repair manual, Manual Noriega,.... wannabe wrote:When i first read the title of this, i was wondering why you were reviewing the manual. Like the owners manual, or the haynes/etc car repair manual....