Interesting article in Car & Drive about Amish Buggies. They actually have a dashboard and battary and a choice of drum or disc brakes. The brakes are so the buggy won't run over the horse after you pull the reins to stop. Link here: http://blog.caranddriver.com/the-surpri ... awn-buggy/
Bill Berckman
West Chester, Ohio
2007 Honda Element EX AWD 5 Speed MT
Top

That is quite interesting.

My understanding is that they aren't allowed any technologies that remove from their lives the satisfaction of physical labor. Other technologies are less prohibited.
1980 Buick LeSabre 4.1L 5MT

Those Amish are smart folks. I bet they would not drive an automatic. Probably would say it is a tool of the Devil to distract people into driving like morons and causing highway mayhem.
Stick shiftin since '77

Ford switched from Tremec to Getrag in 2011; a class action suit claims that's when the problems started.

(Can't they just go to Radio Shack and buy a spray can of terminal cleaner?) 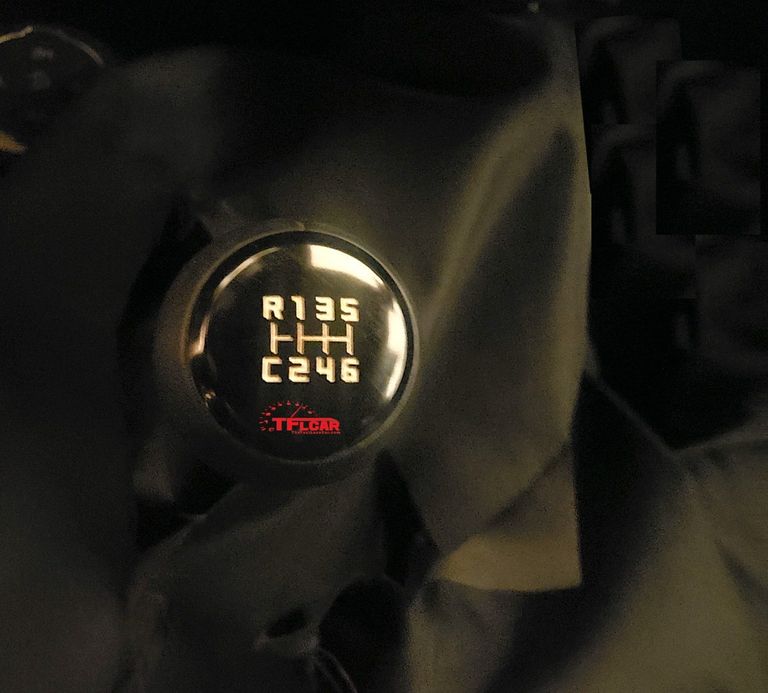 The Ford Bronco IS Getting a Seven-Speed Manual

"But TFLCar just scored a bunch of pictures of the Bronco up close, confirming new details, most importantly the inclusion of a manual transmission with a crawl gear (a super-low gear made for “crawling” over rocks and tough terrain). That technically makes it a seven-speed manual."

7 speed? That's nothing! Getta load of this: 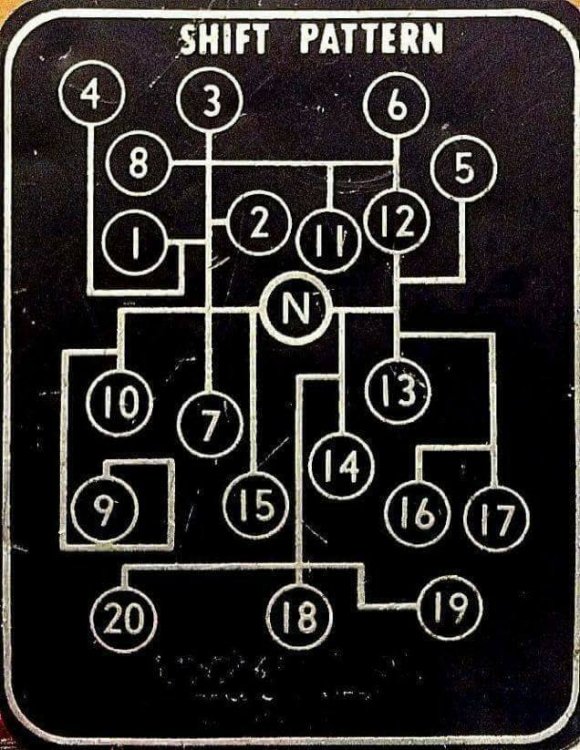 I don't know that you could bait that maze with enough cheese for this rat to care to take it on. 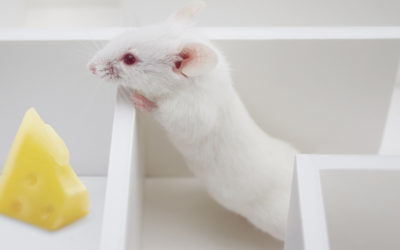 Skip-Shifting is akin to going over the walls, right?
'08 Jeep Liberty 6-Speed MT - "Last of the Mohicans"
Top

Whelp, that rat maze is the logical concussion of the race for more gears. Yes rat jumps wall to skip-shift. Put a screen over top to stop it. But for me, I like things simple and this is all the transmission I want. I would even (IIHNBTD) switch out the 5 speed in the 92 Mustang for a top loader and run this knob. IIHNBTD = If I Had Nothing Better To Do


There is one better shift pattern because it avoids all possibility of a 1-2 shift turning into a 1-R-grind shift: 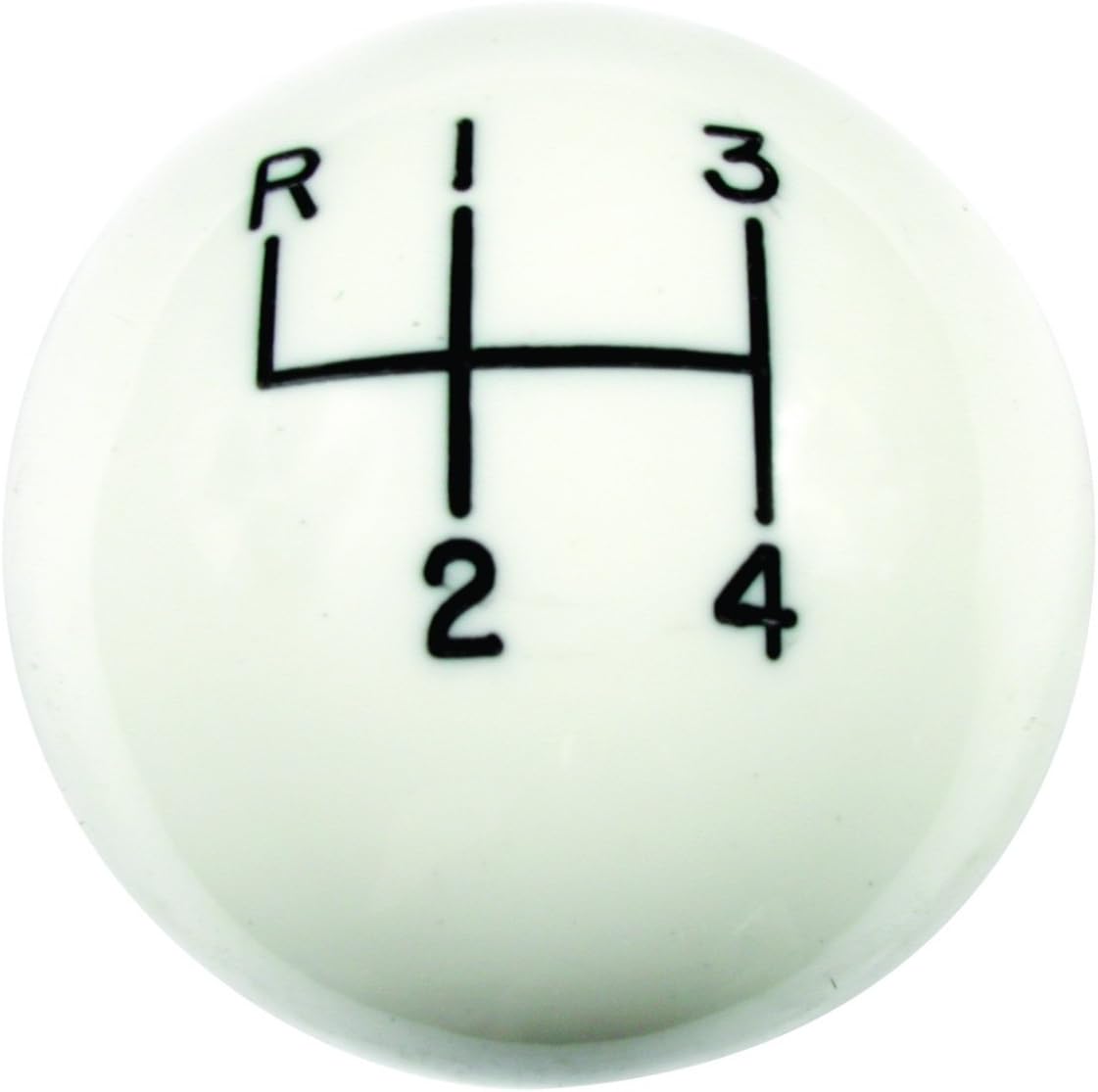 I got called to Chrysler's Chelsea Proving Ground one day to investigate why it wasn't possible to shift into 5th gear on a certain a minivan due to start testing. I got into the car and found that, with what otherwise seemed to be a well-functioning transmission, with properly-adjusted shift linkage, I couldn't shift into 5th gear either.

I got out of the vehicle, but instead of opening the hood, I looked behind the left-front wheel at the end of the transmission. That told me all I needed to know. There was a faulty component in the shift linkage - the cap inset into the top of the shift knob, that displays the shift pattern. The vehicle had been built with a 5-speed cap when it should have been built with a 4-speed cap, because I could see that the transmission case lacked the left-side extension required to house 5th gear components. The 4-speed was the "Standard" manual transmission and the 5-speed was the "Optional" manual transmission.

So, why did it come to be that the term "Standard" applied to all manual transmissions, even the optional ones?....and why did the term "Optional" not become the term used to describe automatic transmissions?
'08 Jeep Liberty 6-Speed MT - "Last of the Mohicans"
Top


There is one better shift pattern because it avoids all possibility of a 1-2 shift turning into a 1-R-grind shift:

The Getrag manual transaxle used in the PT cruisers with Turbo-Diesel or Turbo-Gasoline engines had a similar pattern (with the exception that there was a 5th gear position to the right of 3rd gear position).

There were times during the vehicle's development that drivers were mis-shifting into Reverse when they meant to shift into 1st and vice-versa. It was discussed to add a block-out in the shifter, where a lift-ring must be actuated before shifting into Reverse gear, but in the end the "Crash-through" detent force to move the shift lever left of the 1-2 shift plane was increased and a "Reverse" indicator chime was added to the instrument panel to indicate when Reverse had been shifted into. For PT's sold overseas with the turbo-diesel, we never heard any further complaints, but early evaluators of 2.4 T/C PT GT's again noted mis-shifting issues. Mis-shifting was most likely during Y-Turns, when the driver's attention was distracted to look for pedestrians and/or other vehicle traffic. What we found was that, when starting from a static condition of the shift lever positioned against the crash-through detent, the amount of force required to overcome the detent was nearly untollerable for petite drivers, but if one were starting the shift lever motion from the 3-4 gear plane, the momentum of the motion added to the force exerted against the crash-through detent and many drivers were not aware that they had overcome the detent force.

The lessons learned with the PT Cruisers with Getrag transaxles would be why Caliber, Compass and Patriot with the turbo-diesel and 6-speed tranaxle had a lift ring Reverse block-out instead of a crash-through. (Same goes for the Caliber SRT4 6-speed)
'08 Jeep Liberty 6-Speed MT - "Last of the Mohicans"
Top

Actually, a three speed is even better for simplicity, but the shift pattern should be like this since the 1-2 shift is the most important around town, so you want it in a straight line. This is very atypical though. 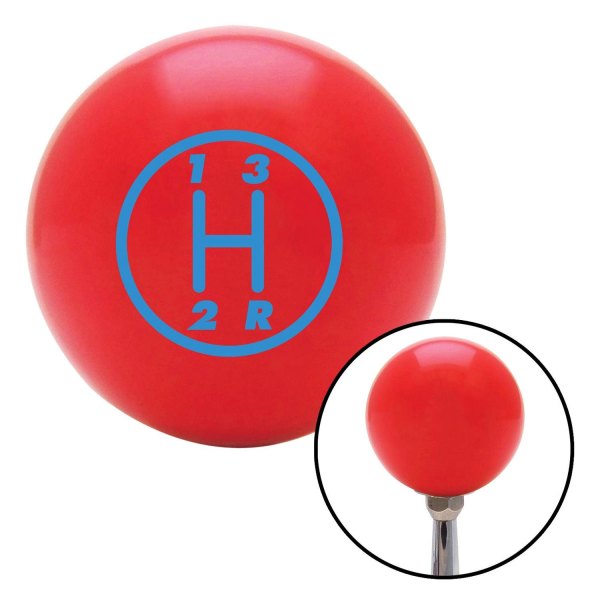 The typical pattern is this, which works better for a find-em-and-grind-em, three-on-the-tree, than a floor shift. 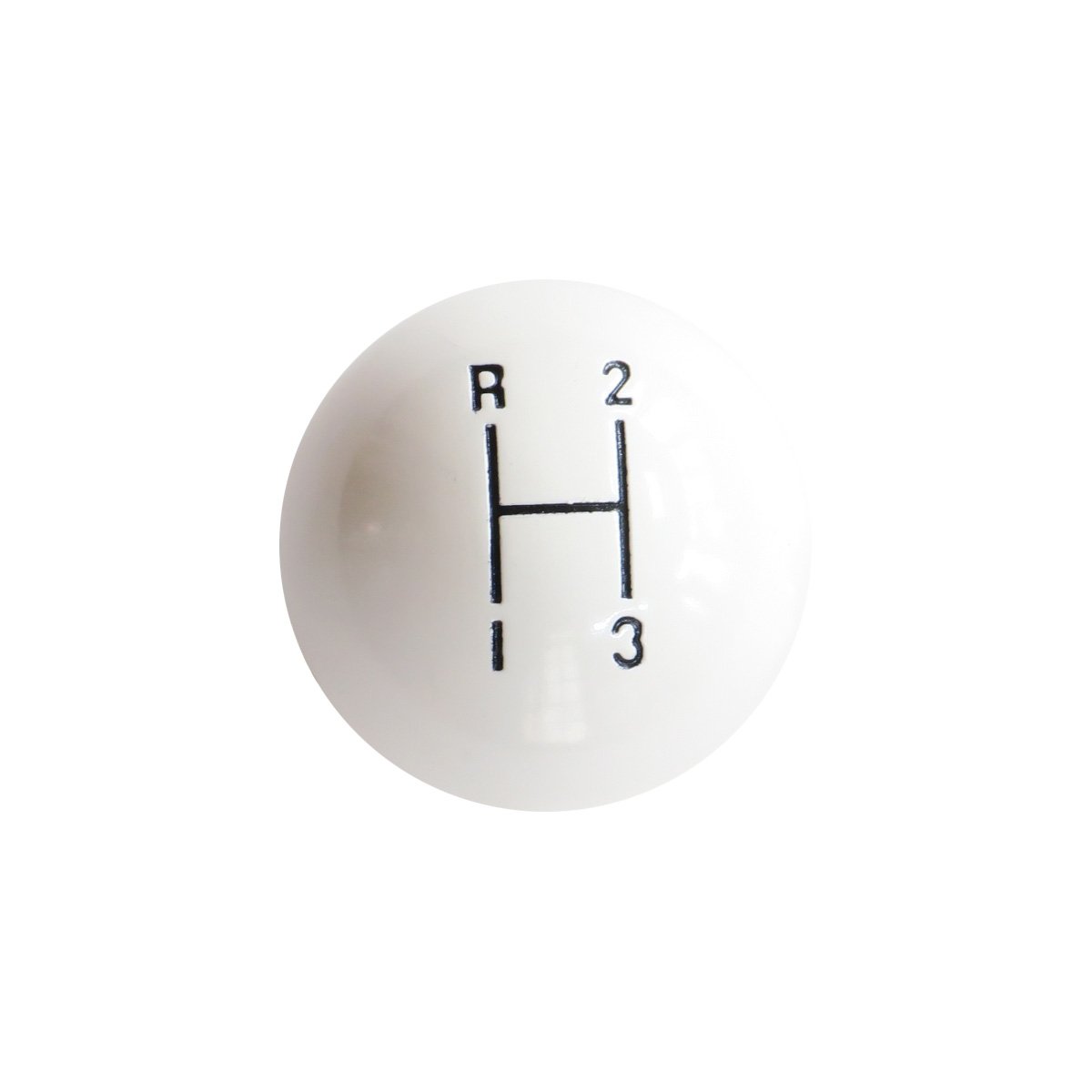 This shift pattern was so common that, under U.S.A. Federal Law, it is the only one that can legally be taken for granted. All other shift patterns must, by law, be displayed on the shift knob, on a panel of the shifter boot, on a label on the instrument panel, etc., somewhere that their view is never obstructed to the 5th percentile female driver to the 95 percentile male driver.......of course, if it's shown on top of the shift knob its viewing will probably be obstructed during shifts.
'08 Jeep Liberty 6-Speed MT - "Last of the Mohicans"
Top

Wow! That is really bad. If you pull it out of a gear then forget where you were, how will you know where to go? Guess one has to hold the shifter sideways or something.
Stick shiftin since '77

Wow! That is really bad. If you pull it out of a gear then forget where you were, how will you know where to go? Guess one has to hold the shifter sideways or something.

With only 3 forward gears, you've got less to keep track of.
I've only driven a vehicle with this pattern once, a three on the tree, and I don't remember if it was sprung to sit in the middle of the pattern when not in any particular gear.
'08 Jeep Liberty 6-Speed MT - "Last of the Mohicans"
Top
Post Reply
56 posts