Edit 2011-08-15: If you're new to this thread, good luck...it's really long and boring. See also my photo albums, videos, and other links about the car:
https://sites.google.com/site/hackensteinberg

Original post:
This project is named as such:
Christine - like the Stephen King book/movie. Wife named the car that because she hits her head getting in it every time.
slo - It's going to be the opposite of fast.
Hack - Obvious.
enstein - As in Frankenstein ("That's Fronkenshteen!")
berg - My Jewish grandfather bought it brand new, and I'm doing this project very cheaply (and am partially motivated by money).

Plan: Install a T5 from a Chevy S10. The S10 T5 has its shifter in a position that's compatible with my bench seat.

I acquired the S10 donor truck already. Anyone wanna buy a 2.2L I4? Starts right up, runs strong, surprisingly torquey.

Expected difficulties: Too many and too detailed to list, at the moment. I'll clear some of them up after I drop both transmissions.
Last edited by theholycow on Mon Aug 15, 2011 6:51 pm, edited 2 times in total.
1980 Buick LeSabre 4.1L 5MT

What's this rusty thing on my TH350's passenger side? 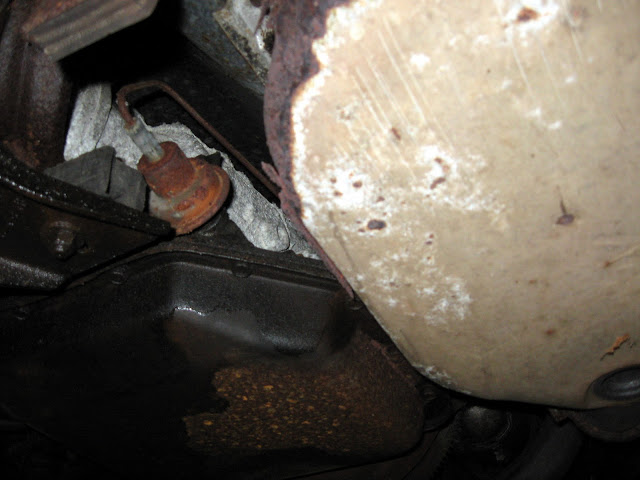 What's this rusty thing on my TH350's driver side? 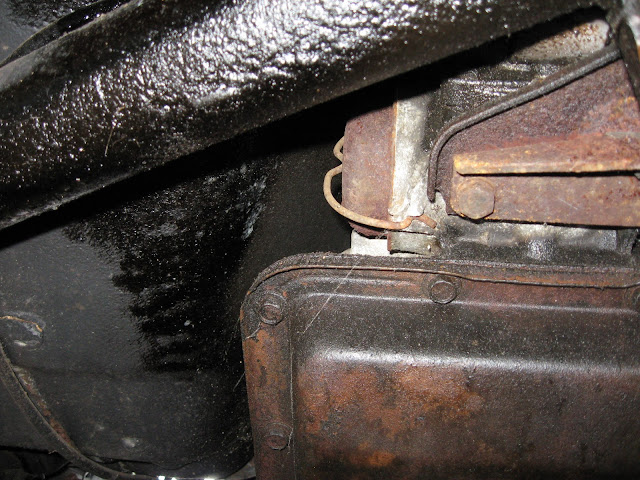 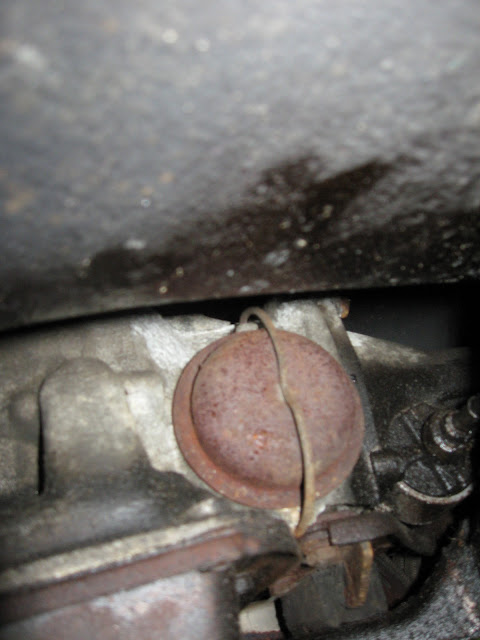 I'm pretty sure this is the speedometer takeoff on my T5. Is that for electronic or mechanical speedometer? 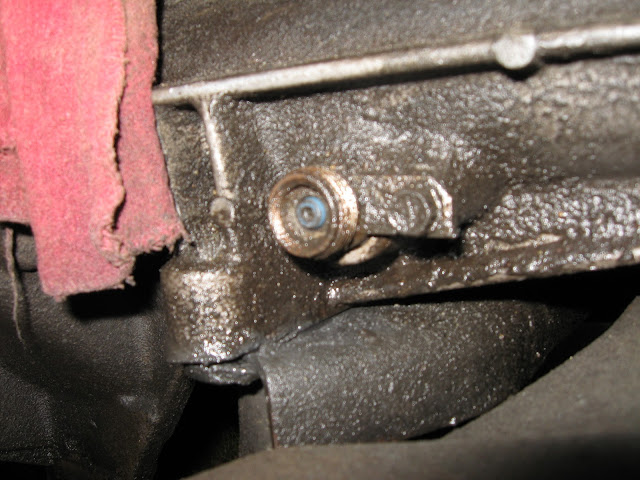 Edit: I think that's mechanical. That could be a huge lucky break for me, making it plug-and-play. OTOH that also may mean I have no idea what transmission it is (since it's definitely not original to the 1994 S10)...hope it has ratios I'll like.
Edit 2: Confirmed. http://www.customclassictrucks.com/tech ... to_04.html
1980 Buick LeSabre 4.1L 5MT

just hack the shit out of everything on the auto transmission. as long as your not gonna need it, and your not gonna damage anything else...who cares?

The TH350 is worth some money (drag racers love 'em) so I'm not going to destroy it. Anyway, the stuff I posted was just about learning...I can't help but wonder WTF those things are.
1980 Buick LeSabre 4.1L 5MT

theholycow wrote:The TH350 is worth some money (drag racers love 'em) so I'm not going to destroy it. Anyway, the stuff I posted was just about learning...I can't help but wonder WTF those things are.

That rusty thang was the external sex organ of a turbohydramatic 350. I would say that it hasn't mated in many years. Cover yore arse when you crawl under the car.
'08 Jeep Liberty 6-Speed MT - "Last of the Mohicans"
Top

a t56 would've been better...but definitely much more work and much more money

You should grab a few bottles of engine brite and go nuts on the engine bay and under it. It will make your life so much easier when all that grease is off.

I identified the thingies:

- The one on the passenger side is the Transmission Modulator (could it have a more generic name?). It's the thing that adjusts shift points based on vacuum, so that it shifts at low RPM when you're easy on the gas and high RPM when you're laying on it hard.

- The one on the drivers side is the governor. Its job is to force the shift at high RPM if you're running WOT or if the modulator's broken.

On degreasing: You are correct, sir. I intend to do some degreasing. I have a gallon of purple degreaser somewhere that I'll probably try using with a pressure washer, but buying Engine-Brite is not out of the question.
1980 Buick LeSabre 4.1L 5MT

Wikipedia says those 4.3's were good for 230 ft-lb in their 155hp configuration. I bet the 200hp had at least as much torque, probably a lot more.

theholycow wrote:Wikipedia says those 4.3's were good for 230 ft-lb in their 155hp configuration. I bet the 200hp had at least as much torque, probably a lot more.

The stronger "World Class" T5 didn't come out until 1988, so those Rastros had a T5 of similar rating as mine. As I suspected, I ought to be fine.